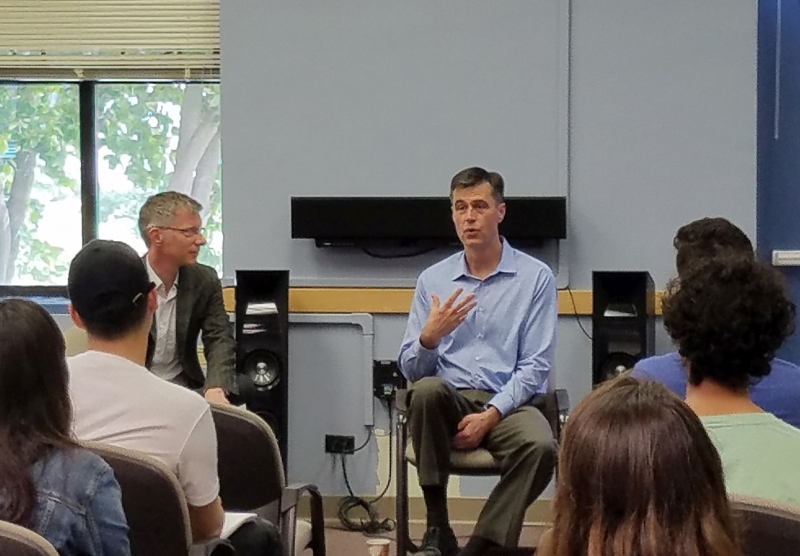 Dan shared stories about his formative years writing for The California Aggie alongside, among others, Howard Beck (UC Davis English, 1991), a senior writer for Bleacher Report.

He also discussed majoring in English, answered student questions about the challenging transition from college to career, and described some of the incredible stories he’s worked on as a reporter for The Mercury News.

You can get a taste of Dan’s prose by taking a look at his recent story about an NFL player’s donated heart saving the life of baseball legend Rod Carew.

Or, consider his story about the relationship between then San Francisco Giants pitcher Sergio Romo and Ariel Rose Gariano, a 14-year-old girl who was dying of cancer when she threw out the ceremonial first pitch before a game in 2012.

Woven Air: Dhakai Jamdani Textile From Bangladesh
Christian Nationalism and the Making of the White Evangelical Bible
Curating Biblical Memory: The Museum of the Bible and the Politics of Interpretation.
see more events