George Floyd's murder by police officers has sparked protests across the country while renewing conversations about racial injustice. In our department, that conversation has included a request from an undergraduate English major for faculty to compile and share a list of recommended works that shed light on our moment and center Black voices.

Below we offer some selections from the book lists we use in our literature graduate program to help equip PhD students to study and teach race and ethnicity in US literature. We also include recommendations from English faculty grouped by genre.

Because such lists have proliferated recently all over the web, we want to identify ours as an expression of the faculty members who make up our English department and, as such, likely to change as our colleagues contribute materials.

If you are interested in the larger debate about the value of these kinds of reading lists, one bracing place to start is Northwestern University English and African American studies Professor Lauren Jackson’s column in New York magazine, where she argues that “For such a list to do good, something keener than ‘anti-racism’ must be sought.”

As for the differences among our recommendations below, you’ll note that the department’s graduate exam lists cover a field. Some faculty recommendations privilege the centering of Black voices. Others recommend readings that focus on specific topics including public protest, rebellion, and/or policing in our era and in the past.

This web page is not a syllabus, for it is not accompanied with teaching. That matters, because the books UC Davis English faculty recommend may challenge their readers to break down often widely-held worldviews. As a result, they can be hard to read on one’s own. Many of these books have been and will again be taught in our classrooms, and we hope that our students will encounter them there.

As faculty who believe that reading such books as those listed below is a learned (and teachable!) skill, we look forward to engaging in classroom discussion with our students about how to read and what to do with these materials. For now, though, we recommend them.

Without further ado, here are some recommendations:

---For those seeking scholarly background, we commend two recent books by our own faculty: Racial Worldmaking by Mark Jerng, which considers how and when racial description becomes racism, and The Black Middle Ages by Matthew Vernon, which delves into the question of how the literature we study serves both racist and anti-racist endeavors.

---Here are five books from the UC Davis English Literature Graduate Program Race and Ethnicity Studies list (the complete list appears at the bottom of this page):

Williams, Patricia. The Alchemy of Race and Rights (1991)

Chesnutt, Charles. The Marrow of Tradition (1901)

Hurston, Their Eyes Were Watching God (1937)

Jiménez Román and Flores, eds. The Afro-Latino Reader: History and Culture in the United States (2010)

Arendt, Hannah, “Reflections on Little Rock” or “stateless persons” from Origins of Totalitarianism

Chin, Frank, “Come All Ye Asian American Writers of the Real and the Fake”

Christian, Barbara, “The Race for Theory”

Foucault, Michel. “Society Must Be Defended.”

Hall, Stuart, “Race, Articulation, and Societies Structured in Dominance,” “New Ethnicities,” “Gramsci’s Relevance for the Study of Race and Ethnicity”

Hegel, G.W.F., “Lordship and Bondage” from Phenomenology of Spirit

Lowe, Lisa, Immigrant Acts and “The Intimacies of Four Continents”

Moraga, Cherríe and Gloria Anzaldúa, This Bridge Called My Back

Morrison, Toni, Playing in the Dark

Omi, Michael and Howard Winant, Racial Formation in the United States: From the 1960s to the 1990s

Roediger, David, The Wages of Whiteness: Race and the Making of the American Working Class.

Saldívar, José David, The Dialectics of Our America

Saldívar, Ramón, Chicano Narrative or The Borderlands of America

Williams, Patricia, The Alchemy of Race and Rights 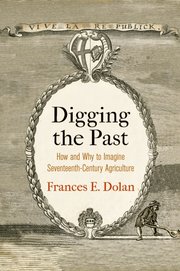 Digging the Past
Frances Dolan