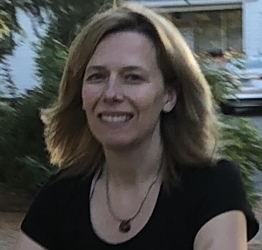 English Professor Elizabeth Miller has been awarded a prestigious one-year fellowship from the National Endowment for the Humanities to support her completion of her book manuscript, "Extraction Ecologies and the Literature of the Long Exhaustion, 1830s-1930s." The book traces Britain’s transformation during this 100-year period into an extraction-based society and the impact the mining boom had on literary genre and form. To see the full list of projects funded by the NEH in his award cycle, see the NEH press release. Below is a description of Prof. Miller’s book.

"Extraction Ecologies and the Literature of the Long Exhaustion, 1830s-1930s."

Just as the rhythms of agricultural life and labor are bound up in the forms of the pastoral, the age of industrial extraction ushered in a new sense of human-natural relations and, correspondingly, a new literature. While extraction in its most primitive methods predates recorded history, large-scale industrial mining was a nineteenth-century phenomenon, and my project titled “Extraction Ecologies and the Literature of the Long Exhaustion, 1830s-1930s” explores the magnitude of industrial mining’s social and environmental impact – an impact that extends, I argue, deeply into literary form. The nineteenth-century British imperial world saw a ramping up of extraction as the steam engine and other new technologies, including new explosives such as dynamite and TNT, contributed to an unprecedented acceleration in extraction and the global establishment of an extractivist version of ecological imperialism. In the face of such changes, literature transformed in connection with the new contours of time, space, and labor in an extraction-based society. The texts discussed in this project are set in various corners of the British imperial world -- often in so-called sacrifice zones -- but they all capture a new vision of civilization in which humans are imagined to be dependent on finite, non-renewable stores of earthly resources incapable of replenishment or rebirth. The threatening horizon of “exhaustion,” as nineteenth-century political economists described it, defied pre-industrial temporalities of cyclicity or revival as well as regenerative versions of futurity, and such thinking had a major impact on the literary and aesthetic forms of the British Empire.

Romanticism and the Question of the Stranger
David Simpson