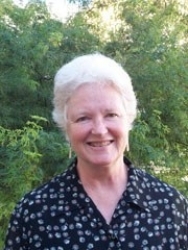 English Professor Emerita Linda Morris has won the 2020 UC Davis Distinguished Professor Emerita Award!
Known as a mentor, teacher, scholar, and department chair, Morris is renowned for her ground-breaking research on Mark Twain.
She has remained one of the most active scholars in the English department even after her retirement. Her book, Gender Play in Mark Twain: Cross-Dressing and Transgression (U Missouri Press 2007), confirms her status as one of the nation's most prominent Twain scholars.
Morris was the first recipient of the Mark Twain Circle’s Olivia Langdon Clemens Award, as well as the winner of the Lifetime Achievement Award by the American Humor Studies Association in 2018. This latter, prestigious award has also been received by such eminent American literary scholars as Henry Nash Smith and Louis J. Budd, whose work is required reading for those now training in the field, just as Morris’s is for aspiring Twain scholars and scholars in American literary humor.
Morris's colleagues in the English Department join the UC Davis Emeriti Association in congratulating her on this achievement.