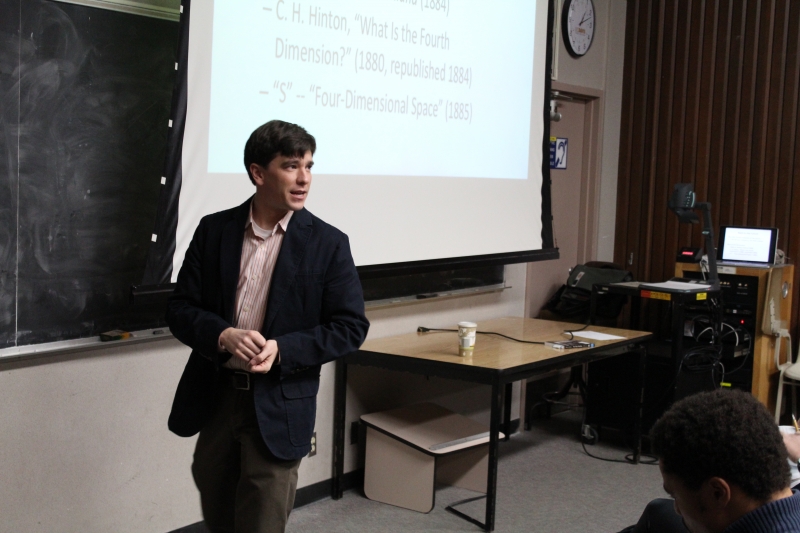 UC Davis English Professor Colin Milburn is the inaugural recipient of the Dean's Prize for Distinguished Contributions to the Liberal Arts and Sciences.

In announcing its decision, the prize committee of senate faculty peers remarked that, "Professor Milburn, more than any of the other distinguished and deserving candidates, embodies the idea behind this prize. He is someone who has made enormous contributions to the Liberal Arts and Sciences at UC Davis and nationally. He is someone who is equally at home in nanotechnology and close textual analysis. He is someone of immense learning and productivity. He is someone who, despite having many options, has chosen to do his work on our campus. And he is someone who has always hired the right people, putting together interdisciplinary dream teams."

Ari Kelman, Interim Dean for the College of Letters and Science, describes Professor Milburn as “one of the most inspiring figures on campus,” an opinion shared by his faculty, student, and staff colleagues in the English Department.

Addressing Milburn directly Kelman adds, “You are the very best of colleagues: a superstar who wears his success with remarkable grace. That this good thing is happening to such a good person, albeit at such a difficult moment, is wonderful. I'm grateful to you for all that you have accomplished in the past and eager to witness all that you'll accomplish in the future.”