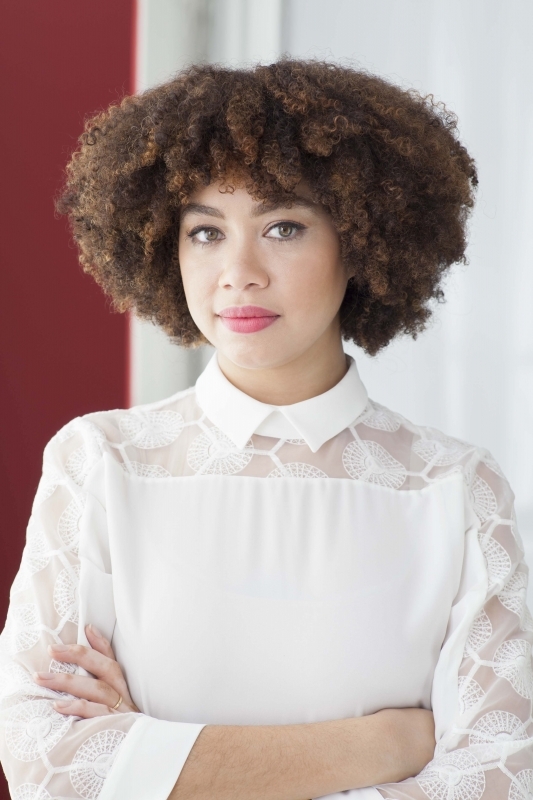 Clemmons was raised in Philadelphia by a South African mother and an American father. Her debut novel, What We Lose (Viking 2017), was named “Debut Novel of the Year” by Vogue, and received praise from the Atlantic, the Guardian, the New York Times, the New Yorker, and others. What We Lose was a finalist for the Aspen Words Literary Prize, the California Book Award, a Hurston/Wright Legacy Award, and the National Book Critics Circle Leonard Prize. It was longlisted for the Andrew Carnegie Medal for Excellence in Fiction, Brooklyn Public Library Literary Prize, and the International Dublin Literary Award. Clemmons is a 2017 National Book Award 5 Under 35 Honoree. She wrote the foreword to a new edition of Jean Toomer’s Cane, published by Penguin Classics in 2019.

PhD candidate Rachael DeWitt asked Clemmons to reflect on her work and how it’s changed over a year of strangeness and surprise.

How has the pandemic and the last year changed your writing?

Nothing has fundamentally changed, which I view as confirmation that I was on the right track to begin with. I was lucky to retain employment during the crisis, and I found that, in some ways, technology made my working life more humane. I didn’t have to deal with commutes, with navigating an office environment (something that is more difficult for minorities of every stripe), and I was able to spend more time with my family. As an introvert, the time alone was somewhat of a relief, and helped me to focus on my next book.

Of course, I had to balance a lot of pain, anxiety and grief with productivity, as well as learning how to teach effectively on Zoom but I was also reassured, once again, about the capacity of humans to adapt to unimaginable difficulty. Many of the issues that normally animate my writing exploded into view and the whole world began talking about them. It was a stunning time that I’m grateful to have survived, awed to have experienced, and I will be grappling - happily and seriously - with the changes of the past year in my writing for years to come.

How have your life experiences fed your writing, more broadly?

I became a writer to reflect on the world around me, as a way to process my own thoughts and feelings about living in it. My perspective – the first-person “I” – features in most of my writing, whether fiction or nonfiction (I dabbled poorly in poetry early in my career, and those experiments also centered around the “I”). I suppose I have a somewhat humble view of my own abilities, and I find it difficult to impossible to write about things I haven’t experienced first-hand. But aside from that, I view the first-person experience as fundamental to understanding anything else about the world. Know thyself, correct?

What is the relation between nonfiction and fiction in your writing? Do novels do something different from nonfiction in our present moment?

I view fiction and nonfiction as different tools for understanding the core issues of my work: injustice, inequality, racism, sexism, classism, and in general, why people behave in the contradictory and maddening ways that they do. I employ many of the same techniques in both genres: character work, collage, research, critical thinking. If anything, I view fiction and nonfiction as different registers that I can employ in my explorations of these issues, but in my opinion, the work remains largely the same. Both seem necessary and sustaining to navigating our current moment.

What do you think the writing you’re presently engaged in can do for our times? What’s the mission of your current writing and how does it interact with current events?

I hate to sound like a broken record, but my mission has always been the same. I was drawn to writing because of its ability to influence how people think. I hold Audre Lorde’s dictum very dear, that poetry channels our “hopes and dreams toward survival and change, first made into language, then into idea, then into more tangible action.” I’ve reflected on why I view writing this way, and I think it’s largely due to the fact that I grew up in a South African family and witnessed that country’s independence in my formative years: that I have a fundamental belief in the ability of humans to change their circumstances, and that of their peers, for the better, and about the centrality of language and ideas to that process of change. We are living through a time of tremendous rupture, in my opinion, largely brought on by advances in technology and the burdens of empire (our chickens coming home to roost). My job hasn’t changed, though the responsibility is greater. I hope, as I always do, that my writing acts as an intervention in current discourse, that ultimately lights the path to understanding, social progress, and peace.

Is there anything about your life that you would want people to know as you're joining us as a full-time faculty member at Davis?

I think that my writing may give a slightly different impression of who I am than is actually true. That is the power of language and its downfall – if you read enough about writers’ lives, that becomes pretty apparent. I write urgently and I believe in challenging my students, but in my everyday life, I don’t take myself that seriously. One of my favorite compliments I’ve received of What We Lose is that parts of it are funny. Novelists and comedians share a lot in common (mostly despair and self-loathing) and if you can make me laugh, you’ll make my day.

Woven Air: Dhakai Jamdani Textile From Bangladesh
Christian Nationalism and the Making of the White Evangelical Bible
Curating Biblical Memory: The Museum of the Bible and the Politics of Interpretation.
see more events