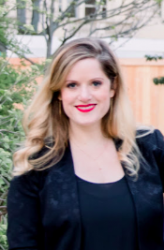 This dissertation examines how clothes intersected with job performance in the early modern
period, operating, in effect, as “wearable technology.” I detail numerous possibilities of professional interaction with wearable media technologies with each chapter examining a different nuance of clothing performance as it relates to professional identity.The early modern texts I analyze, including poetry, prose, and drama, show clothing functioning as a wearable discourse to produce professional subjectivity. Through analysis of these texts, I argue that early modern professions relied heavily on garments’ interactions with bodies to mediate professional legibility and market availability. I focus on professions, as opposed to other kinds of occupations, because professionals operate in markets of knowledge exchange and performance; they rely on dress to imbue, embody, and transmit knowledge. To analyze the relationships between clothes and the bodies that labor through and with them, I engage current conversations in media and performance studies, fields that have explicated usefully how bodies and clothing intermingle. By approaching early modern costume as wearable technology, I aim to expand our understanding of how clothing and bodies “worked” together to create early modern professional subjects. Dressing knowledge was a (contested) part of professional knowledge.

Performance and Media and Technology Studies

Workshop Organizer (With Samantha Snively and Matthew Chacko): "Cavendish And . . . : Critical Receptions of "Mad Madge" in the 17th and 21st Centuries and the Questions of Historiography and Temporality," Attending to Early Modern Women: It's About Time, University of Wisconsin - Milwaukee, June 18-20 2015

"'Give Me My Gown': Performance, Professional Identity, and Material Culture in Early Modern Theatre and Law," "A Local Habitation and a Name" Locality and the English Theatre Conference hosted by the Early Modern Reading Group, University of Illinois at Champaign-Urbana, April 24-25 2015