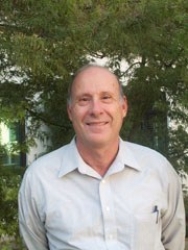 Professor Hays joined the faculty in 1966 after teaching at Ohio State University. He has also taught at Johannes-Gutenberg-UniversitÃ¤t in Mainz, Germany, and guest lectured at Purdue. His areas of interest are twentieth-century American literature, especially the period of high modernism, and drama. He retired in 2004. He has been a reader for the Hemingway Review and a reviewer for American Literature; he has also been a member of the F. Scott Fitzgerald Society Board, the Edith Wharton Society Board and the Ernest Hemingway Foundation. He is editor of News and Notes for The Fitzgerald Newsletter.

Seventy years of reviews and essays on Hemingway's best novel, showing not only changing opinion about Hemingway, but also changing trends in criticism.