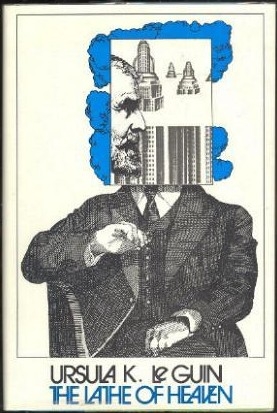 The press release announcing the appointment of incoming UC Davis Chancellor Gary May mentioned that he was inspired by "comic books and science fiction." Since the English department is inspired by them as well—regularly offering courses on both comics and sci-fi—we were curious about what Chancellor May liked best.

English Major and Peer Advisor Brian Wright wrote him to ask. The response was a list of May’s must reads.

For classic science fiction, May recommends Ursula K. Le Guin’s The Lathe of Heaven, calling it his “all-time favorite sci-fi novel." The Chancellor-Designate is also a fan of C.S. Lewis’s Out of the Silent Planet trilogy and Isaac Asimov’s Foundation novels, which explore the creation and destruction of intergalactic civilizations. Although "Dune is more popular," May writes, Frank Herbert’s The Jesus Incident trilogy is "one of my favorites” as well. 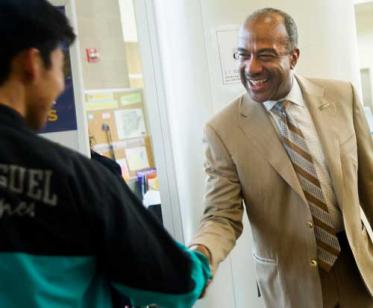 When it comes to comics, his “all-time favorite” list is topped by two crossover editions from the Marvel universe: Avengers Annual #7, “The Final Threat,” and Marvel Two-in-One Annual #2, “Death Watch!” Both feature the super-villain Thanos—now popularized in recent films like Guardians of the Galaxy—and a variety of classic heroes including Iron Man, Captain America, and Spiderman.

“As a big fan of Muhammad Ali,” May reports enjoying DC's 1978 special Superman vs. Muhammad Ali, where Ali and Superman work together to fight aliens invading Earth.

On behalf of sci-fi fans, lovers of comics, and UC Davis English students, we welcome May to campus and thank him for sharing this expansive and thoughtful reading list.