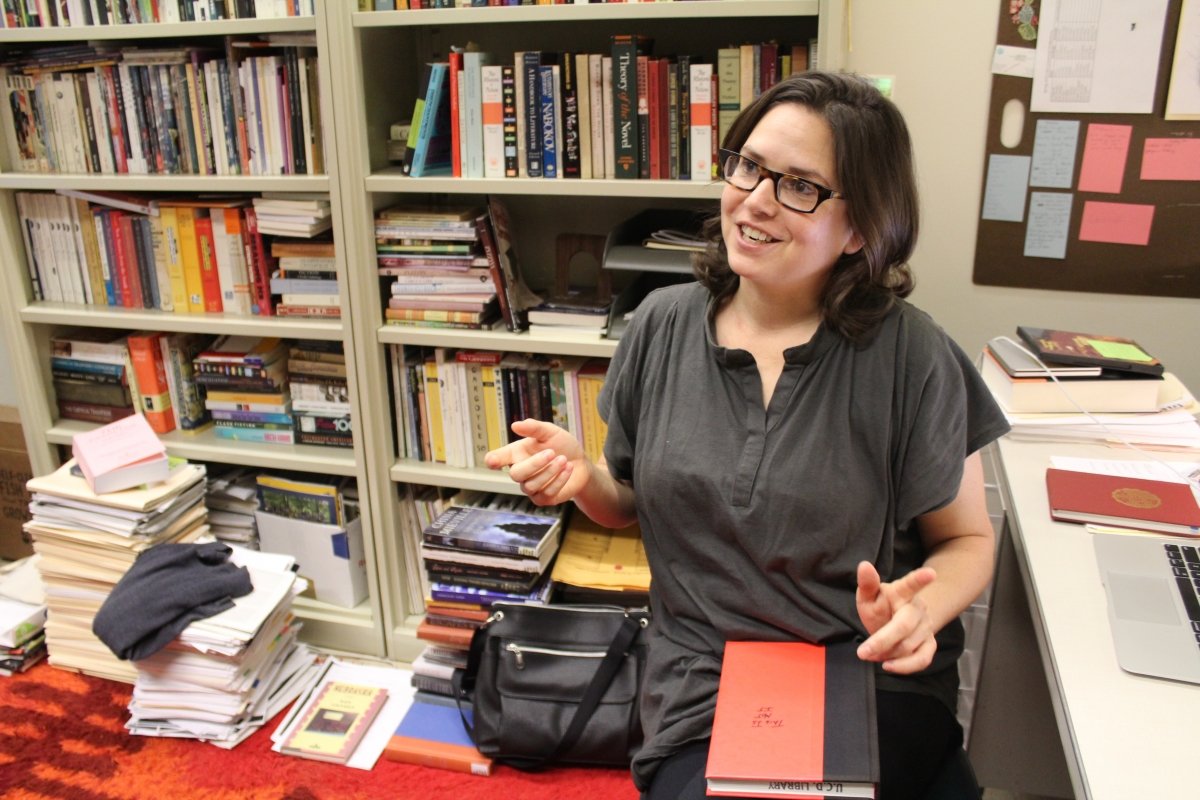 Our innovative MFA program includes both studio instruction and literature courses. Writers can take workshop courses in any genre, and they can write a thesis in fiction, nonfiction, poetry or “hybrid” (multi-genre) form. In the second year, they teach popular Creative Writing courses to Davis undergraduates under faculty supervision, gaining valuable experience and sharing their insight  and enthusiasm with beginning practitioners.

At UC Davis, we offer you the ability to fund your MFA. In fact, all students admitted to the program are guaranteed full funding in the second year of study, when students serve as teachers of Introduction to Creative Writing (English 5) and receive, in exchange, tuition and health insurance remission as well as a monthly stipend (second year students who come to Davis from out of state are expected to establish residency during their first year). We have a more limited amount of resources – teaching assistantships, research assistantships, and out of state tuition wavers – allocated to us for first year students, but in recent years, we’ve had excellent luck funding our accepted first years. We help students who do not receive English department funding help themselves by posting job announcements from other departments during the spring and summer leading up to their arrival. We are proud to say that over the course of the last twenty years, nearly every incoming student has wound up with at least partial funding (including a tuition waiver and health insurance coverage) by the time classes begin in the fall.

We have other resources for students, too – like the Miller Fund, which supports attendance for our writers at any single writer’s workshop or conference. Students have used these funds to attend well-known conferences like AWP, Writing By Writers, and the Tin House Conference. The Davis Humanities Institute offers a fellowship that first year students can apply for to fund their writing projects. Admitted students are also considered for University-wide fellowships.

The M.F.A. at Davis is a two-year program on the quarter system (our academic year consists of three sessions of ten-week courses that run from the end of September until mid-June). The program includes classes and a thesis project. It requires diverse, multidisciplinary study and offers excellent mentorship.

Writers concentrate in fiction, nonfiction, poetry, or “hybrid” (multi-genre) forms. They take at least four graduate workshops, and they’re required to take one workshop outside their primary genre (many of our students choose to take even more). Writers at Davis also take graduate courses in literature from abundant options, including the program’s Seminars for Writers. Writers can also take graduate courses in literary study taught by scholars in the English Department. And many of our writers enroll in courses relevant to their work in other departments like art history, comparative literature, linguistics, and performance studies.

At the end of the first year, writers form a thesis committee with a Director and two additional readers from the faculty. In the second year, writers at Davis concentrate on Individual Study units with these mentors, working closely with their committee to create a book-length creative work. Writers present their projects at intimate, intense, celebratory defense in May with all members of their committee in attendance.

History of the Program

We’re a new MFA, but we’ve been a successful and respected Creative Writing Program since 1975—a “sleeper” program, as one guide to MFA programs called us. The people who founded the CW program at UC Davis were all lovers and teachers of literature, and chose to call the program an MA, rather than an MFA because they wanted to ensure that the degree would not be seen as a “studio” degree but one in which the study of literature was integral.  In the 1980’s and 1990’s, most often under the leadership of Jack Hicks and Alan Williamson, the program emphasized writing on the American West and the wilderness. Our high profile faculty included Sandra McPherson, Gary Snyder, Sandra Gilbert, Clarence Major, Katherine Vaz, Elizabeth Tallent, Max Byrd, and Louis Owens.

We also created an introductory sequence of workshops taught by graduate students, which has become one of the highlights of the program for the second years who teach the courses and the undergraduates who take them. There’s more to teaching these courses than learning to teach; teaching helps our writers understand their own writing in ways that no other aspect of a writing program can do. Pam Houston joined the program in the early 2000’s and she led a faculty that included Lynn Freed and Yiyun Li. As an MFA, we remain a place that values sustained literary study as core to the making of art, but we’re also allowing our vision of genre to expand and embrace the other arts and media.

Students also choose to live in Davis itself, which CNN once ranked the second most educated city in the US.  Davis is a college town of about 75,000 people. Orchards, farms and ranches border it on all sides. The town boasts a legendary twice-weekly farmers market (complete with delicious food trucks and live music). Bike and walking paths lead everywhere (many students prefer not to own a car while they are here) and there are copious amounts of planned green space in every subdivision. The flatness of the land makes Davis ideal for biking, and the city over the past 5 decades has installed bike lanes and bike racks all over town. In fact, in 2006, Bicycling Magazine, in its compilation of "America's Best Biking Cities," named Davis the best small town for cycling. Packed with coffee houses, bookstores, and restaurants that serve cuisine from every continent, Downtown Davis has a casual vibe. It’s a great place to hole up and write. Davis is filled with hard wood trees, and flower and vegetable gardens, and wild ducks and turkeys walk the campus as if they own the place. It’s a gentle place to live. Although summers get quite hot, the other three seasons are mild, and each, in their own way, quite beautiful. For more about the town, check out the Davis Wikipedia page.

Woodland and Winters, two small towns close by to Davis, are also options for housing—and they’re good options for those who are not so desirous of the college town scene.  Yet another option is to live in the scenic rural areas Davis is surrounded by.

To the west of Davis, Lake Berryessa and the Napa valley are close by.  To the east, the Sierra mountains are close by; Reno and Tahoe are just a couple hours drive in that direction. 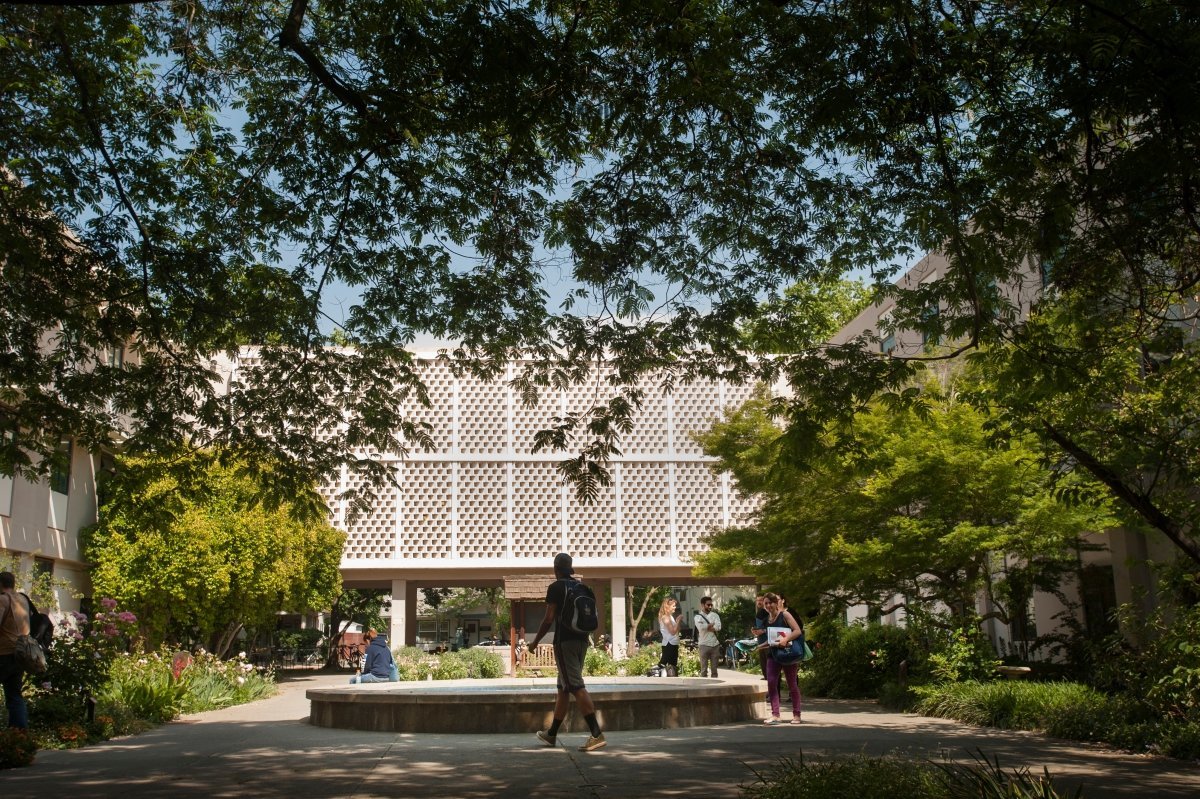 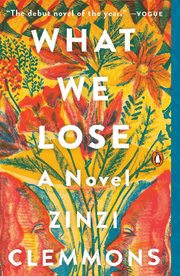 What We Lose
Zinzi Clemmons