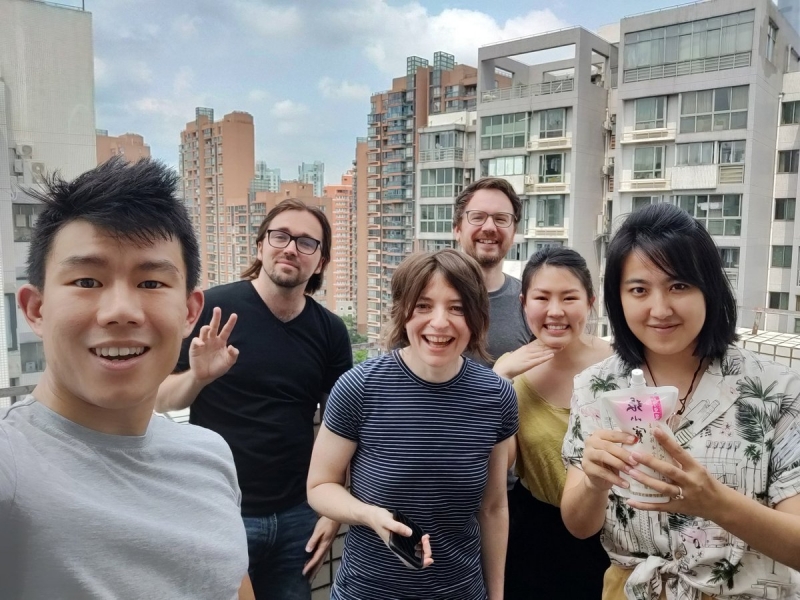 This summer, English / Cinema and Digital Media Professor Stephanie Boluk traveled to Malaysia and China with her collaborator Professor Patrick LeMieux to participate in the Every Game in This City podcast. The show is a production of the Idle Thumbs network, which hosts a series of popular videogame podcasts.

First, Boluk and LeMieux teamed up with ten game makers and researchers trying to play every escape room game in Kuala Lumpur.

(For the uninitiated, escape rooms are “part game, part theater, part team-building exercise,” according to a MarketWatch story about the booming genre of attraction. A definition for this species of game was just added to the Merriam-Webster dictionary.)

On the first podcast episode, Boluk describes the project as “interested in capturing the social dynamics” involved in playing these collaborative games. One notes that making a ten-person podcast is a challenge in and of itself. One modest goal for their endeavor, says Boluk, was trying to keep it from being a “jumbled mess”!

Every Game in This City episodes are being released now and you can listen to them on the Idle Thumbs website or subscribe in iTunes.

But wait, there’s more! After Kuala Lumpur, Boluk headed to Shanghai for another installment of Every Game in This City focused on “The International,” the annual championship for players of the popular videogame Dota 2.

Back on campus, Boluk and LeMieux are co-teaching their undergraduate class on Video Games & Culture this fall. The course is cross-listed in English, Cinema & Digital Media, and Science & Technology Studies.