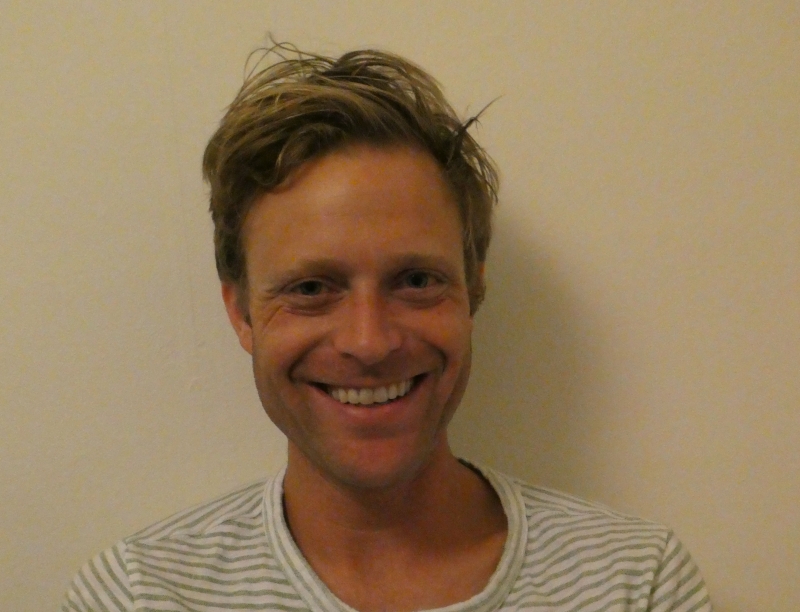 Austin was recently selected as a Wallace Stegner Fellow in fiction at Stanford University, where he is also a Jones Lecturer. His first collection of poems, Almanac, was chosen by Paul Muldoon for the Princeton Series of Contemporary Poets, and his most recent collection will be published in the same series this year. He graduated from the UC Davis Creative Writing Master’s program in 2013.

Are there one or two books that were pivotal to you becoming an author? Do you remember your first encounter with them? What did they mean to you?

I grew up on a dairy farm, and my dad, in addition to being a farmer, was (and is) a poet. One of my first experiences with poetry was going to see him read at the art museum in town. When my dad’s collection, Homeland, was published, I recognized poetry as a very natural extension of our life on the farm. So the first book I encountered that was pivotal to my becoming a writer was my dad’s. It made poetry seem possible to me, before I had even written a word of it. I still have a notebook from that time, labeled “POETREY.” Amongst my first poems was a short lyric about the mountains and the sea, though growing up in Illinois I’d seen neither.

The first book of poetry I remember aside from my dad’s was Kenneth Rexroth’s translations of Japanese poems (One Hundred Poems from the Japanese), purchased for me by my parents at Canterbury Books in Madison, Wisconsin. I still recall the feeling of the glossy white cover, and the lucidity of those short poems, matched on the other side by the mysterious Japanese language. It wasn’t so much what the poems said as the feeling of the book itself, the black ink against the white paper, that influenced me. This book inspired a precocious collection of haiku, titled Silver Moon, which baffled Mr. Ludewig when I turned it in for the Young Authors Competition at Taylor Park Elementary School. His response was the first two letters of the word haiku.

What inspires you now? What keeps you writing?

I find it harder and harder to write now. It’s not so much a matter of time, though there’s that, too. It’s more a matter of finding the psychic space to write, what with all the distractions of being alive in 2017: politics, the internet, etc. When I’m writing fiction I absolutely have to work first thing in the morning, before the news has had a chance to intervene between me and the page. I live in California but continue to write mostly about the Midwest, so to do so requires something akin to time-and space-travel. Perhaps more so than other writers I know, before I write I first have to forcibly exclude a great deal from my present life, in order to return to the realm of my fiction (Illinois in the last two decades of the 20th century).

But with poems, the process is more mysterious, less deliberate. I’m so shy about writing poems these days that I almost work on them obliquely. If I become aware that I’m writing a poem, I freak out and tend to abandon it. Many of the poems from my new collection, Flyover Country, came to me in rushed moments between classes, or on the train from Stanford to San Francisco. It’s not so much that I’m inspired as that I’m presented, almost passively, it seems, with the idea for a poem, and have to trick myself into believing that the idea is worth it in order to see the poem through to its final line. For instance, I wrote a poem called “The Witness Tree,” which is a term from surveying (a witness tree being a tree marked along some sort of boundary to delineate two properties). It was the idea of a tree that has witnessed something terrible that gripped me. So the poem began with a kind of pun, a play on words. These days it’s usually something small and random like that, rather than the lightning strike of inspiration, that sets me writing.

As for what keeps me writing, I simply have to or else I would have no idea who I was or why on earth I’m on earth.

If you could choose one book for the present moment, what would you choose and why?

At the present moment, when we seem to be so glibly escalating tensions with North Korea, I would recommend many books by the great radical Trappist monk, Thomas Merton. But in particular, his essay “Rain and the Rhinoceros,” which he wrote in his hermitage in the Kentucky woods, outside the Abbey of Gethsemani. It’s an essay about solitude, silence, violence, war, and the difficult balance between the private and the public life. Some might be turned off by the fact that Merton was a Catholic writer, thinking there won’t be anything there for them, but he writes so wisely about racial injustice, the destruction of the natural environment, our predilections towards militarism and aggression… Let’s just say if I could have a beer with anyone in history, Thomas Merton would be on the barstool to my right, and John Keats would be on the barstool to my left (my second book suggestion: Keats’s letters).

You can find out more about Austin and his work here.