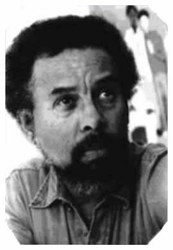 Clarence Major began teaching at UC Davis after holding positions at Temple University, SUNY - Binghamton, University of Colorado, University of Washington, Howard University, Sarah Lawrence College, and Brooklyn College. He is a versatile man of letters who writes poetry and fiction as well as non-fiction. He was recently nominated for the 1999 National Book Award in poetry for Configurations: New & Selected Poems 1958-1998 (Copper Canyon Press, 1999). His other recent books include Necessary Distance: Essays and Criticism (1998), and All-Night Visitors (1998).

Major reviews for The Washington Post Book World and has contributed to The New York Times, The New York Times Book Review, The Los Angeles Times Book World, American Vision, Essence, Ploughshares, The Kenyon Review, The American Review, The Review of Contemporary Fiction, The American Poetry Review, and more than a hundred other periodicals and anthologies in this country, Europe, South America, and Africa. In 1991 he served as fiction judge for The National Book Awards. He has served twice on National Endowment for the Arts panels, and in 1997-98 he served as judge for the Pen/Faulkner Awards. He has traveled extensively and lived in various parts of the United States and for extended periods in France and Italy. Clarence Major currently lives in northern California.