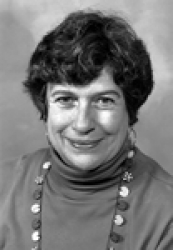 Professor Gilbert has worked as an Assistant Professor at California State University at Hayward, Visiting Lecturer at St. Mary's College in Moraga, California, and Associate Professor at Indiana University. She joined the UC Davis faculty as an Associate Professor in 1975. By that time, she had already published more than forty poems and essays as well as Acts of Attention, a highly respected book on D. H. Lawrence's poetry. In 1979 Professor Gilbert co-authored with Professor Susan Gubar The Madwoman in the Attic: The Woman Writer and the Nineteenth-Century Literary Imagination, which received much critical acclaim.

Professor Gilbert has achieved national and international recognition for her work. A scholar of preeminent distinction, she has taught as a visiting professor at Williams College and at Johns Hopkins, Stanford, and Indiana Universities, to give only a partial list. In 1985, she left Davis to take up the distinguished C. Barnwell Straut Chair of English at Princeton University, only to be brought back to Davis again in 1989. In recent years, she has presented lectures at a conference on Emily Dickinson in Innsbruck and by invitation at the Hebrew University in Jerusalem, the University of Liverpool and the Universities of Washington, Missouri and Pennsylvania. In 1994, Professor Gilbert was elected Second Vice President of the Modern Language Association. In 1995, by rotation, she became First Vice President and on January 1, 1996 she assumed the role of President of this, the largest and most prestigious professional society for scholars of literature.