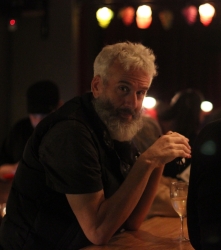 Joshua Clover teaches critical and political theory in the departments of English and Comparative Literature. He is affiliated faculty in French and Italian Department, Film Studies Program and the Designated Emphasis in Critical Theory.

His recent book Riot.Strike.Riot: the New Era of Uprisings (Verso in 2016), which foresaw a series of dramatic global and national events, theorizes riot as historically concrete form of class struggle, and uses the dialectic of riot and strike to develop a revised history of capital accumulation. He has contributed articles to journals from Representations to Critical Inquiry. Forthcoming work focuses on forms and trajectories of liberatory struggle within the two constraints that are the end of capitalist growth and catastrophic climate collapse.

He has also published three books of poetry, most recently Red Epic; been translated into a dozen languages and appears in many anthologies including the Norton Introduction to Literature. 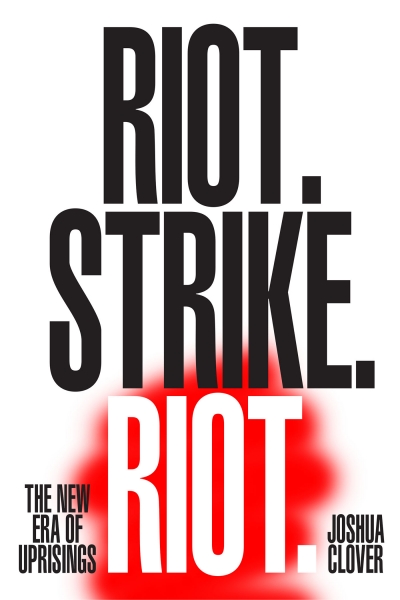 Riot.Strike.Riot: the New Era of Uprisings
by Joshua Clover

Ferguson. Tottenham. Clichy-Sous-Bois. Oakland. Within capital’s core, the riot looms increasingly large within the repertoire of struggles. Rather than inchoate spasms or immiserated absence of the revolutionary idea, this book locates the riot within longue durée of capitalist transformation: facts not failures. Just as the turn to the strike two centuries ago signaled recompositions of class and society, the return of the riot testifies to current possibilities of anticapitalist struggle, featuring radicalized struggle beyond the labor market. Following the post-1600 course “riot-strike-riot,” the book departs from lapsed models of party and revolution, showing how shifting global strategies to restore profitability since the 1970s must inevitably open onto “circulation struggles” which pass through riot, and whose horizon is the commune.