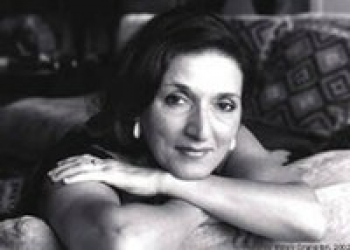 Professor Freed is the author of six novels, including The Servants' Quarters, House of Women, The Mirror, The Bungalow, Home Ground and Friends of the Family. She also has a collection of short fiction, The Curse of the Appropriate Man, and a collection of essays, Reading, Writing, & Leaving Home: Life on the Page.   Her short fiction and essays have appeared in The New Yorker, Harper's, The Atlantic Monthly, Southwest Review, The Georgia Review, The New York Times, The Washington Post and Newsday, among others, and have been broadly anthologized.  Her work is also widely translated.

In 2002, Professor Freed was awarded the inaugural Katherine Anne Porter Award for Fiction by The American Academy of Arts and Letters. She has won the Bay Area Book Reviewers' Award for Fiction, and her short fiction has been recommended in Best American Short Stories and has won two PEN/O. Henry Awards for short fiction.   Four of her novels and her collection of stories have appeared on The New York Times "Notable Books of the Year" list.  In 2011 she won a PEN/O. Henry Prize for her short story, "Sunshine".

THE SERVANTS’ QUARTERS, a complex and sophisticated love story, evokes a vanishing world of privilege with a Pygmalion twist.

Haunted by phantoms of the Second World War and the Holocaust, young Cressida lives in terror of George Harding, who, severely disfigured, has returned from the front to recover in his family’s stately African home. When he plucks young Cressida’s beautiful mother and her family from financial ruin, establishing them in the old servants’ quarter of his estate, Cressida is swept into a future inexorably bound to his.

In the new setting, she finds that she is, after all, indentured. She is conscripted to enliven George Harding’s nephew, the hopelessly timid Edgar, to make him "wild and daring." And she takes on this task with resentful fury, leading the boy astray, and, in the process, learning to manipulate differences in power, class, background and ambition.

Only slowly does she come to understand that George Harding himself is watching her. And waiting.

READING, WRITING, AND LEAVING HOME: LIFE ON THE PAGE
by Lynn Freed

In these eleven essays, Freed has produced a melange of memoir, meditation, revelation and instruction. Reflecting always on the complex relationship between fiction and life, she considers the writer's struggle to find the right voice, the right territory for her fiction; the role of the audience in creativity, the trials and rigors of earning a living as a writer, the differences between the story told and the story written, the relationship between reading and writing, the process of transmuting a troublesome mother from life onto the page, and the shock of a publication scandal at home. "Leaving home," she says, "is perhaps the central experience of the writer's life. The restless pursuit of a way back while remaining steadfastly at a distance-this is the enigma that informs the writer's perspective." Deeply learned, highly opinionated and always wickedly funny, Freed tears off all fictional disguises and exposes the human being behind the artist.