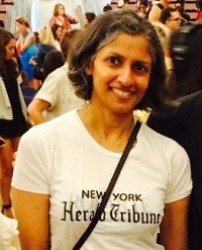 Seeta Chaganti joined the faculty of the UC Davis English department in 2001. She specializes in Old and Middle English poetry and its intersections with material culture. Her first book was The Medieval Poetics of the Reliquary (Palgrave Macmillan, 2008). Her new book, Strange Footing (Chicago, 2018) argues that to medieval audiences, poetic form was a multimedia experience shaped by encounters with dance. In this work, she proposes a new method of reenacting medieval dance that draws upon experiences of watching contemporary dance. Her current work argues that early English law has enabled both state-sanctioned and extrajudicial violence in the US by naturalizing the relation between whiteness and property.

Chaganti currently serves as a Trustee of the New Chaucer Society (2018-22); an Executive Board Member of Race before Race; and a member of Medievalists of Color. 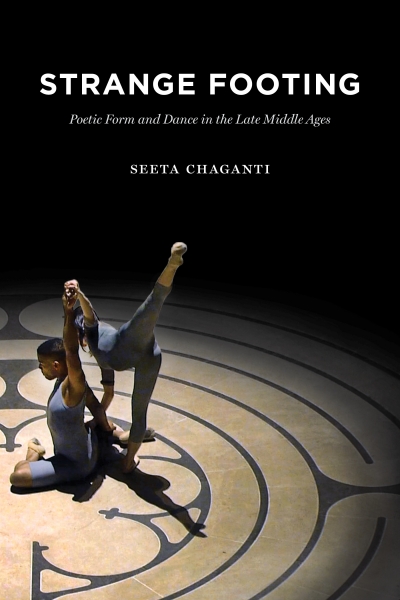 “With great originality, Chaganti’s luminous book probes the experience of medieval poetic form through dance. Her sensitive, felt understanding of how the dancing body creates a virtual shape borne out of movement enables her to develop a richly multifaceted approach to medieval poetry: to the danse macabre, carols, and dance songs from many languages and vernacular cultures. In her skillful and imaginative readings, dance becomes a newly powerful means by which contemporary audiences can experience the living perceptual practices of the past.” -- Ardis Butterfield, Yale University

"The book itself continually performs 'strange footing,' self-consciously crossing boundaries between methods and perspectives to render strange temporal and generic delineations. In this way, it enacts a premodern critical aesthetic, employing ductus and virtuality perpetually to posit a translucent scrim between contemporary ways of gazing at performance and the temporally and spatially ductile ways late medieval poetic forms integrate cross-temporal experience into and across media. If intermediality itself is premodern, Chaganti shows how far contemporary critical theory can still go to move the form of its scholarship along." -- Kélina Gotman, King's College London