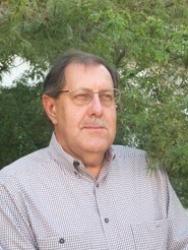 JACK HICKS  teaches at the University of California, Davis (English). He is co-founder and former Director of the Graduate Creative Writing Program (1992-2001) and currently serves as coordinator of the introductory undergrad creative writing sequence,  serving 450 students annually in 22 sections of writing fiction and poetry. His interests are in the Literature of California and the American Pacific, Literary and Visual Texts of Place (wild, suburban and urban), the Literature of Nature/Wilderness, the Contemporary Detective Novel, and recent American fiction/creative nonfiction.

Hicks was Founding Director of "The Art of the Wild," a summer program on writing  with nature, wilderness and the environment. Convening each July in the Sierra Nevada of California, the program attracted 600+ participants (from 30 U.S. states--including Hawaii and Alaska --and Canada , Guam , Japan , the United Kingdom and Australia) between 1992 and 2001. It was featured on BBC-Worldwide Radio and TV and the subject of a one-hour PBS-TV video special.

He served as the Director of the Pacific Regional Humanities Center (PRHC) at UC Davis for 2002-2003. He was a member of the workgroup that won a $1.3 million dollar grant from the National Endowment for the Humanities to establish the PRHC, serving California , Oregon , Washington , Alaska,  Hawaii and Pacific Islands, a Pacific Rim center for research and public programming. Hicks directed the two initial activities in April 2002, "Digital Divides," a national conference on the impacts of digital technology, and the 15th annual California Studies Conference at UC Davis in April, 2003.

He is a former Director of the Nature & Culture Program at UC Davis and remains active on the advisory committee.

JACK HICKS  received his PhD in American Literature from the University of North Carolina at Chapel Hill. Publications include two critical books on contemporary fiction (Cutting Edges and In the Singer's Temple) and many articles and reviews. He has also published 40+ articles on film, television, sports and popular culture, in magazines ranging from Nation to TV Guide.

He is Co-Editor (with James D. Houston, Maxine Hong Kingston and Al Young) of The Literature of California (University of California Press),  a comprehensive anthology of California literature from Native American origins to the present. Volume I (2000) was published to national acclaim (featured on National Public Radio), winning the 2001 Commonwealth Club medal for the best book on California. Volume II  is in process. He is also Co-Editor of California Poetry  (Heyday Books, 2003), with Dana Gioia and Chryss Yost.

He has directed recent graduate theses/dissertations and undergraduate honors projects on the American West, visions of the American literary Pacific, John Steinbeck, California literary and cultural topics and novels and short story collections. Hicks has developed and taught recent courses on California crises and disasters, Los Angeles in film and prose and the contemporary detective novel.

Fulbright scholar in France and the former Soviet Union, Jack Hicks has lectured on literature, nature and American culture in France, Germany, Russia , and Japan and throughout the U.S. He continues to serve as editor, consultant, peer reviewer and project director for publishers, professional organizations, state and federal agencies (including the National Endowment for the Arts, the California Council for the Humanities and the California Arts Council) and private foundations.