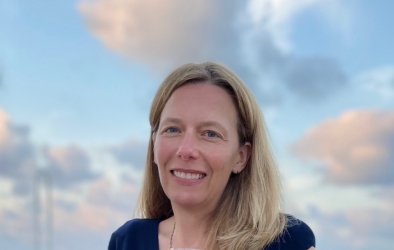 Elizabeth Carolyn Miller joined the UC Davis English department in 2008 and served as Department Chair from 2013-2016. Before coming to Davis, she taught at Ohio University, the University of Michigan, and the University of Oklahoma. Her scholarly interests include nineteenth- and early-twentieth-century literature of Britain and the British Empire, ecocriticism and environmental studies, gender studies, and media studies. Her recently-completed book titled Extraction Ecologies and the Literature of the Long Exhaustion appeared with Princeton University Press in October 2021. Previous books include Slow Print: Literary Radicalism and Late Victorian Print Culture (Stanford University Press, 2013), and Framed: The New Woman Criminal in British Culture at the Fin de Siècle (University of Michigan Press, 2008). In 2018, she guest-edited a special issue of Victorian Studies on "Climate Change and Victorian Studies" and in 2019 she published a co-edited volume titled Teaching William Morris. She also edited the first fully-annotated collection of George Bernard Shaw's political writings (Oxford, 2021). 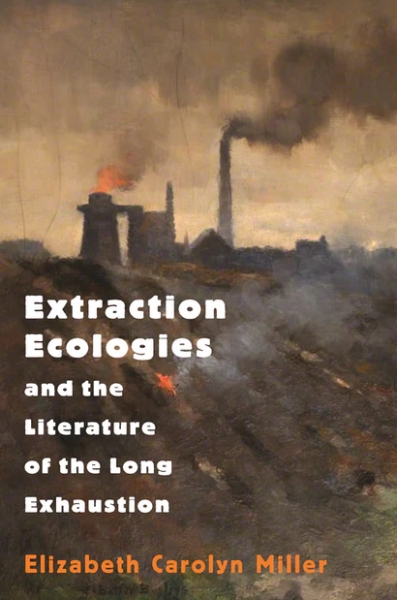 Extraction Ecologies and the Literature of the Long Exhaustion. Princeton University Press, Fall 2021.

Honorable Mention for the 2022 Association for the Study of Literature and Environment (ASLE) Ecocriticism Book Award.

"Elizabeth Carolyn Miller's much-anticipated Extraction Ecologies and the Literature of the Long Exhaustion is a rich and moving contribution to the rapidly evolving field of the energy humanities. ... Her book will become essential reading for scholars of the very long nineteenth century and an invaluable resource for those seeking new ways to teach that literature to students whose lives are taking shape in the inescapable context of accelerating climate change." -- Review by Iain Crawford, Dickens Quarterly (June 2022) 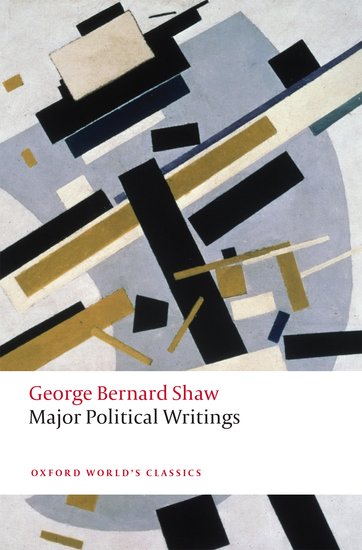 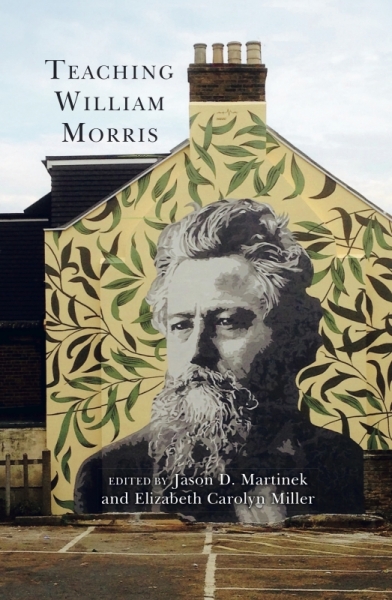 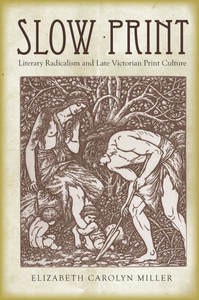 "Slow Print builds carefully on several generations of scholarship in the field—but pushes the scholarly conversation forward in important and new directions through its archival findings and synthetic analysis. This is a sit-up-and-take-notice, must-read book in Victorian and modernist studies."—Ann Ardis, University of Delaware

"Miller's own reading, while careful, must have been anything but slow: she commands a dauntingly deep reservoir of sources, and her argument overflows with incisive analyses." -- Review by Leah Price, Times Literary Supplement (24 May 2013)

"Slow print is a brilliant phrase on Miller’s part, drawing together as it does not only a new sense of urgency in response to accelerated capitalist production at the end of the nineteenth century but also our own period’s response to the heightened acceleration wrought by new digital technologies.... In a single term Miller collapses two periods and helps us to understand both better." -- Review by Barbara Leckie, Victorian Literature and Culture (August 2015) 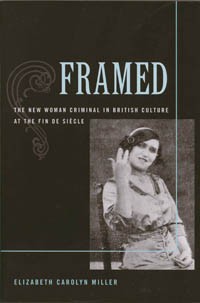 "remarkable for its wide-ranging scholarship and the breadth of its author’s thinking. Miller has produced a valuable, highly readable study that will change the way we think about the New Woman and her political and social agency." -- Review by Grace Moore, Nineteenth Century Literature (December 2009): 426-29.

"Framed is a book that is remarkable for its steady erudition, its calm authority, and its consistent maintenance of a very high standard indeed for itself. There is not a wasted word or a subpar argument. This is a meticulous and intelligent treatment of what makes modernity." -- Review by Talia Schaffer, Romanticism and Victorianism on the Net (November 2009).